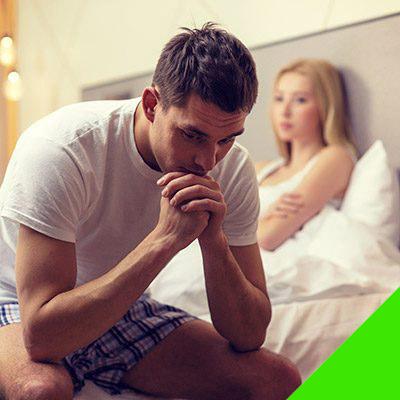 Testosterone can impact your mind and body in many ways. Most men recognize that low libido, depression, and fatigue are signs of low T. However, this essential male hormone can also impact other areas of the body in ways that aren’t immediately obvious.

A low T doctor can administer a blood test to confirm low levels of testosterone. It’s important to be aware of the symptoms of the condition, as well as the consequences of leaving the issue unchecked.

Here are some of the less obvious problems that can develop with low testosterone.

You might assume that one of the punishments of getting older is losing your memory and becoming forgetful. However, low T can accelerate this decline, particularly for men above retirement age. Initial studies on the subject have suggested that low testosterone levels were often present with men showing a cognitive decline and memory problems.

In their initial testing, doctors have also found that testosterone impacted more than just memory and cognitive function. A study published in Supportive Care in Cancer studied the effect of androgen deprivation therapy, which is part of some cancer treatments and found that the reduction in testosterone negatively impacted visual motor skills.

On average, men who are overweight for their height and build have lower testosterone levels than men who are normal weight. One of the frustrating things about eating well and exercising with low T is that you find it almost impossible to lose weight even though you feel like you’re doing all the “right” things.

Tests have shown that supplementing testosterone helped obese men lose a significant amount of weight, and that treatments also influenced other positive changes in the body like reduced blood pressure levels and the ability to control blood sugar.

A group of researchers measured the testosterone levels in a group of men and found that the men who didn’t have skin problems had the highest levels of testosterone. The recent research was published in The Journal of Dermatology.

Nerve health is impacted by a variety of factors, and scientists have noted that testosterone treatments (as well as related treatments like DHT) can repair some damaged nerves. The peripheral nervous system, which is the set of nerves that aren’t part of the brain and spinal cord, are often damaged by illnesses and treatments like diabetes, injuries, and chemotherapy.

A study published in the Journal of Endocrinology found that testosterone treatments were effective in treating nerve damage, as well as in preventing the discomfort of chronic nerve pain and in preventing numbness.

Doctors warn us that we risk stroke and heart attack with poor dietary choices, weight gain, and high blood pressure. Low testosterone is another factor that can increase your likelihood of suffering from a “cardiac event.” In addition to the danger of fracturing a bone, there is also the issue of heart attacks and strokes.

A condition called hypogonadism, which is a reduction of the hormones produced by the ovaries or testes, has indicated an increased risk for heart problems. Hypogonadism is the medical label for low testosterone.

You don’t really “see” your bones, and you won’t know they’re getting thinner until you take a tumble and fracture something. Low testosterone can reduce your bone density. As you age, there are other issues that can also cause you to lose bone density, so the problem can become dangerous if left untreated for too long.

Fortunately, there are ways to regain bone density. A recent study published in the American Journal of Physiology-Endocrinology and Metabolism noted that older men taking testosterone treatments saw an increase of bone-mineral density in vital areas of the body including the hip and the lower spine.

If you find yourself suffering from any of these issues, you may want to speak with your doctor to see if you have low T or if there is another issue at work.