Dr. Jeffrey Buch received his undergraduate and medical degrees in 1976 and 1980 respectively, both from the University of Michigan.  From 1980 – 1985 he completed his residency in Surgery and Urology from the Albany Medical Center and College of Medicine in Albany, New York.  From 1985 – 1987, Dr. Jeffrey Buch completed an American Urological Association Research Scholarship and Male Reproductive Medicine and Surgery Fellowship at the Baylor College of Medicine in Houston, Texas.

He then went on to found and direct the Section of Male Reproductive Medicine and Microsurgery first at the University of Nebraska’s Medical Center in Omaha, Nebraska in 1987, and again to do the same as a Faculty member at the University of Connecticut Health Science Center in Hartford, Connecticut from 1990 – 1994.  In 1994, he relocated to private practice in Plano (suburban Dallas) Texas, establishing a Nationally recognized private practice in Male Reproductive Medicine and Microsurgery.  In 2007, Dr. Jeffrey Buch relocated to Frisco, Texas to establish Legacy Male Health Institute.

In the course of his career, Dr. Jeffrey Buch has published many articles on his areas of expertise in several prestigious journals.  He has also served as a reviewer of submissions for publication in several of these same journals.  Dr. Jeffrey Buch is humbled by the opportunity he has been given to help train many other urologists who are highly recognized in this field.

Ultimately, his greatest joy comes from the opportunity to serve individual clients who are in need of and benefit from his expertise in Male Reproductive Health.  He truly embraces the challenge of helping each client to achieve their goals of Health and Wellness!

5
Our son Carter was born a week and a half ago, and is a happy healthy baby. We couldn't have done it without your help. I've attached the testimonial form to this email, and am happy and proud to provide it. Thanks for everything and see you at our next appointment. R.S. - Frisco, TX
5
I have known Dr. Jeffrey Buch for more than 3 years. I transferred care from another doctor, and can’t tell you how much I appreciate the difference in his level of knowledge in everything about male hormones. He has been a great listener, and makes me feel totally in control of my care. Of course he tells me if any of my ideas are out of line in the most polite way. I can't recommend him enough. A.C. - Dallas, Texas
More Reviews 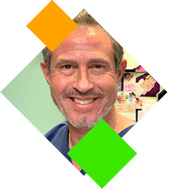